Male pupils should also be free to dress up in a tutu or high heels without attracting any comment or observation, according to anti-bullying rules sent out by the Church yesterday.

(Daily Mail) — Boys as young as five should be able to wear tiaras at school without criticism, teachers in Church of England schools are to be told.

Male pupils should also be free to dress up in a tutu or high heels without attracting any comment or observation, according to anti-bullying rules sent out by the Church yesterday.

The instructions for the CofE’s 4,700 schools said they should not require children to wear uniforms that “create difficulty for trans pupils.” This appears to give official backing to schools that ban skirts to avoid discrimination against transgender children.

Schools are also told they cannot use the Christian faith or Bible teachings to justify behavior that is considered to amount to bullying – for example, identifying a transgender pupil by a sex other than the one they have chosen. The advice contains instructions on how to report bullying, including sample forms on which teachers are encouraged to name the alleged bully and their target, and use tick boxes to describe what happened.

The rules to ‘challenge homophobic, biphobic and transphobic bullying’ follow initial guidelines published by the Church three years ago which said being gay can be good and pupils should ‘revere and respect all members of the diverse community’.

The official teaching of the CofE, however, remains that gay sex is sinful and that members of the clergy should not be in an active sexual relationship with someone of the same sex. The Church also says marriage must continue to be between a man and a woman.

Andrea Minichiello Williams of Christian Concern – an evangelical member of the CofE’s parliament, the General Synod – said: ‘These rules are unkind, unloving and lacking in compassion. We are all against bullying, but the Church is using these guidelines to pursue an agenda that runs counter to the Church’s teaching.’

She added: ‘We are getting to the point where if you are not careful the slightest slip from the correct agenda in a Church of England school will get you punished. The anti-bullying agenda is aimed against people who step out of line – the anti-bullies are becoming the bullies.’

The new guidance came as a Christian teacher was suspended from a school in Oxfordshire after accidentally calling a transgender pupil ‘girl’ instead of ‘boy’. Joshua Sutcliffe, 27, faces a disciplinary hearing this week in which he could lose his job, after the parents complained.

The CofE rules say children in nurseries and the primaries that make up the majority of Church schools should be free to follow their own inclinations when they dress. They state: ‘In the early years context and throughout primary school, play should be a hallmark of creative exploration.

‘Pupils need to be able to play with the many cloaks of identity … Children should be at liberty to explore the possibilities of who they might be without judgment or derision. For example, a child may choose the tutu, princess’s tiara and heels and/or the fireman’s helmet, tool belt and superhero cloak without expectation or comment.’

The guidance adds that there can be ‘no justification for this negative behaviour based on the Christian faith or the Bible’. It states that ‘the Church of England’s teaching on human sexuality and a range of Christian views should be taught, as well as a range of perspectives from other faiths and world views’.

The Most Rev Justin Welby, the Archbishop of Canterbury, said: ‘Central to Christian theology is the truth that every single one of us is made in the image of God. Every one of us is loved unconditionally by God. This guidance helps schools to offer the Christian message of love, joy and celebration of our humanity without exception or exclusion.’

Roman Catholic schools are to cut the terms ‘mother’ and ‘father’ from admissions forms to avoid offending step-parents and same-sex couples.

It follows a complaint by a parent against Holy Ghost Roman Catholic Primary School in Wandsworth, south London, after it used ‘mother/guardian’ and ‘father/guardian’ on a form.

The Office of the Schools Adjudicator upheld the complaint, saying the wording might ‘be taken to imply that the school is restricting its definition [of parent]’.

The Catholic Education Service is understood to be preparing a form using ‘the family’ instead. 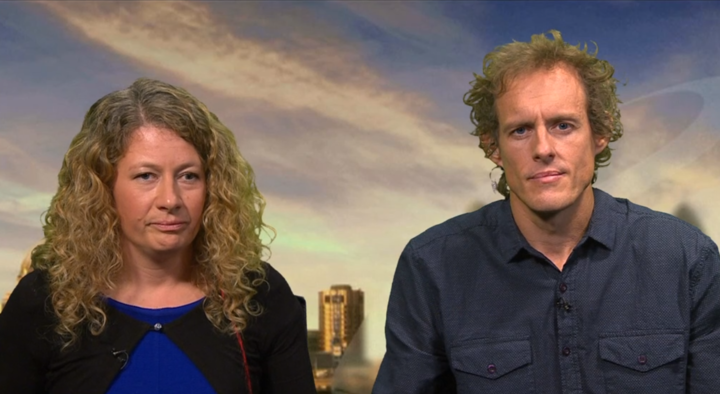 A Christian couple is suing a Church of England elementary school and said there is an “agenda” overriding their religious beliefs after their six-year-old son’s classmate was allowed to wear a dress to school. END_OF_DOCUMENT_TOKEN_TO_BE_REPLACED 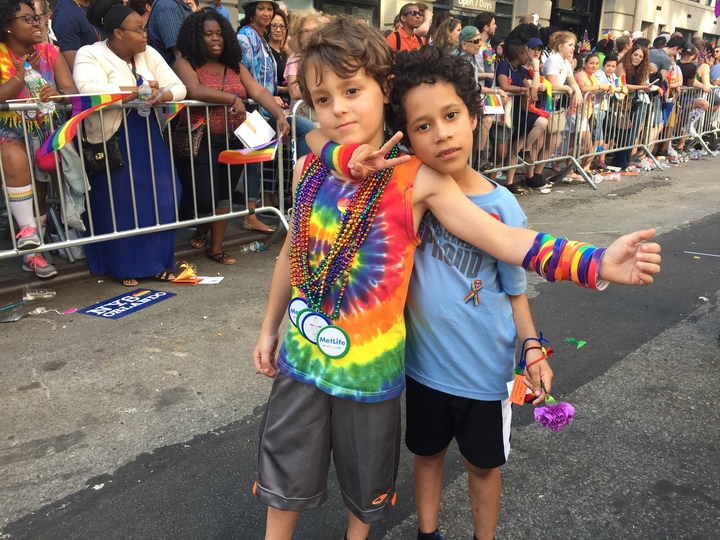 TGender Identity Development Service (GIDS) found that 1,986 children under the age of 18 have been accepted for specialist treatment in the past year. Getty Images

Children as young as 11 could be permitted to start irreversible hormone treatment to change their biological sex without the permission of a court under an upcoming landmark family court case in Sydney.

The Daily Mail reports that five Family Court judges will sit on the case to be heard by the Full Court later this year – the first time they have done so in 12 years.

The case was brought by the father of a 16-year-old who was born female but identified as male from nine-years-old, according to the Daily Telegraph. The child, “Kelvin”, reportedly changed schools to start as a male, used a chest binder and attended the Lesbian Gay Bisexual Transgender Intersex and Questioning “campout” on the Central Coast in 2014.

The court has already decided that Kelvin is “competent” and fully understands what is ­involved in starting hormone treatment; however, his father has launched the appeal to ask the court to step out of the process all together. Should the judges rule in favor of the family, children wishing to undergo hormone therapy will only need the permission of a parent and a medical professional.

Currently, for access stage one treatment known as puberty blockers, children are no longer required to go to court, as the process was recently deemed fully reversible. The second stage of treatment – irreversible gender-affirming hormones, is what will be contested.

A June report from the Daily Telegraph said that an analysis of Family Court judgments from the start of this year show 10 children have been granted legal approval to start “stage two” treatment to allow for physical changes.

Recently, the court ruled in favor of 17-year-old “Ashton” to undergo treatment to fulfill his wishes of becoming a boy after the family spoke of “Ashton’s” distress at having female attributes.

Western Sydney University professor John Whitehall, who has more than 50 years’ experience treating children, called the rise in transitioning “an infectious trend” and called for an age limit of at least 18 before children who claim they have gender dysphoria are permitted to undergo treatment.

Professor Whitehall said it was “unreasonable” to expect children to understand the gravity of the decisions they were making at such a young age.

“It is unreasonable to expect juveniles to have a complete picture of where they want to be in later life, especially kids that haven’t even yet reached puberty. This is an infectious trend, a dangerous fad and I think it’s nonsense. The courts should stop messing with our kids until they are at least 18 because once you change, that’s it.”

He urged a “watchful waiting” approac­h instead, arguing that a vast majority of children who question their gender will revert to their biological sex by puberty.

“Even making that so-called social transition has consequences,” he said. “It nails the child to the cross. It’s very difficult to come back from that.