… the missionary have sexually molested some of the children here… 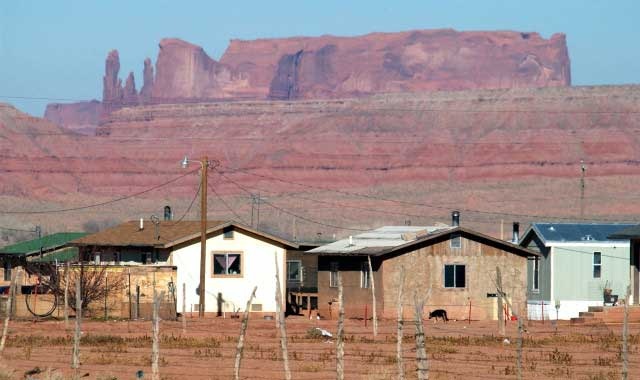 For the past five years, 46-year-old singer, songwriter and activist  Davidica Little Spotted Horse has been mounting a challenge to an issue as longstanding as it is controversial: missionaries proselytizing on Native American reservations.

“Everything got worse after the Diane Sawyer report,” she recalls of the ABC News broadcaster who reported from Pine Ridge in a 2011 episode of the show 20/20 titled “Hidden America: Children of the Plains.” Locals were infuriated by the show’s implicit message suggesting Native parents were failing their children. Soon after, a surge of Christian missionaries descended on the reservation preaching the gospel and handing out diapers.

Little Spotted Horse estimates 15 churches have sprouted up across the 3,500-square-mile South Dakota reservation since then, bringing about 2,500 people each summer — a number she says was far higher when she started her activism in 2015. (Tribal authorities didn’t respond to OZY’s requests for details about missionaries on the reservation.) The streets of Pine Ridge’s largest settlement are dominated by churches and religious centers, while its only café is Christian-themed.

Born in Pine Ridge, Little Spotted Horse lived most of her childhood in Colorado before returning home at age 17. As a young adult, she found herself a homemaker, an emergency medical technician and, more recently, a foster parent. Little Spotted Horse adopted a friend’s infant in 2015, but the friend (who was facing personal struggles) soon returned with missionaries from a local Christian center looking to take the child back. “[The missionaries] convinced the child’s mother that I was a bad parent,” she says. The child was returned to the birth mother and later adopted by a Christian family living off-reservation. Little Spotted Horse doesn’t know who is currently in custody of the child. 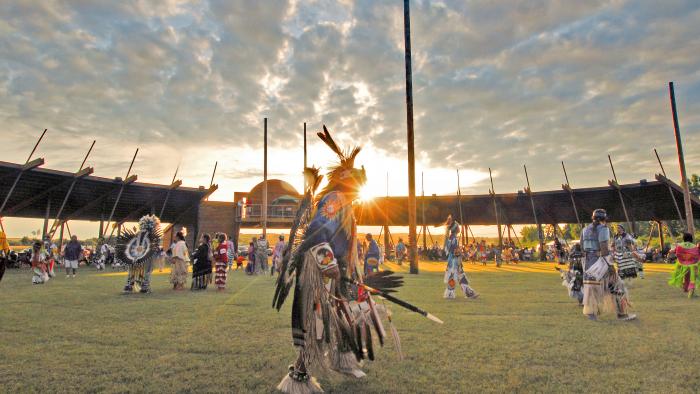 The experience prompted Little Spotted Horse to go into the community and ask if anyone had experienced something similar. What she heard shocked her. Around 130 people relayed to her accusations of sexual, spiritual, physical and verbal abuse, and of missionaries picking up children without the permission of their parents. In one of the most serious cases, a member of a mission based in the Oglala settlement was fired in 2012 after being publicly accused of sexual abuse of a minor. (There are no records of tribal police charges in this case. The mission did not respond to requests for comment.)

Every month, Little Spotted Horse took to the radio airwaves to relay other people’s experiences with missionaries, and she began handing out flyers.

She’s also trying to find out whether missionaries are attempting to baptize children without their parents’ permission. “I don’t have anything against anyone’s beliefs,” she says. “But when you start conversion tactics, that’s wrong.”

Little Spotted Horse succeeded in getting a tribal law passed requiring all non-Native missionaries and nonprofits working with Native children to report to the tribal authorities and to adhere to background checks and drug testing.

Natalie Hand, a reporter from Pine Ridge Reservation who’s known Little Spotted Horse for around 25 years, says she is a frequent presence at community meetings. “In our community, she’s raised a lot of awareness,” Hand says.

Native American reservations are home to some of the poorest communities in the Western Hemisphere. The per capita income in Oglala Lakota County is below $10,000, according to the U.S. Census Bureau. Drug and alcohol abuse are rampant on many reservations, meaning children are especially vulnerable to outside influences. Add to that the painful, multi-generational legacy of forced conversion and abuse in Christian-run residential schools, open until the 1970s, that sought to “civilize” and “Christianize” indigenous communities throughout North America.

Deborah Miranda, a professor at Washington and Lee University and a member of the Ohlone Costanoan Esselen Nation, says the war and threats of old are gone, but now missionaries often take advantage of the wounds left behind. “Many reservations are traumatized communities inordinately vulnerable to the ‘kindnesses’ of missionization simply because people are exhausted by poverty and despair,” she says, noting there are “no easy answers.”

This winter, Little Spotted Horse has embarked on a needs-test project that will take her to every house on the reservation to, in part, document residents’ stated religious affiliations. Operating alone for greater flexibility, she hopes to make the results public in March. Rather than the missionaries, “we as a people, as a community, as a tribe can provide the resources they need,” she says. But she doesn’t have a direct answer for how the cash-strapped tribal government actually can come through.

To be sure, charities and missionary groups do frequently bring joy by giving Native children the opportunity to take part in activities such as swimming, camping and hiking. They also distribute winter essentials like heaters and blankets. “There’s really no leaders in families, no male role models. There’s definitely a spiritual need,” says David Grimes, president of the Lakota Native American Outreach, a Christian humanitarian mission. The Texan, who’s been living on Pine Ridge for two years, says he hasn’t faced “much resistance with traditional” Native locals but admits that some missionaries descending seasonally on the reservation come with “a cowboy mentality.”

“For the most part, people don’t want [missionaries] here. But because of the poverty, I guess people put up with them,” she says. “I think many locals wish we had our own resources so that we didn’t have to do that.”