Her job was to clean the church. But the church tried to clean her out instead, she claims.

In a blistering lawsuit against the Grammy-winning Rev. Marvin Winans and his Perfecting Church, a housekeeper named Lakaiya Harris claims the gospel music star and church officials shook her down for money. They required her to donate money toward birthday gifts for supervisors and managers and to tithe 10% of her salary to the church, the lawsuit claims.

When she refused to pony up, Harris says, she was fired.

According to the 18-page lawsuit filed in U.S. District Court, it was Winans who demanded that Harris donate 10 percent of her $18,000-a-year housekeeper’s salary to the church. Winans allegedly did this during a meeting in a conference room in 2017, telling Harris  “that it had come to his attention” that she earned $18,000 the year before.

” ‘So you owe us $1,800,’ ” Winans allegedly told Harris, the suit states. “When she stated that she didn’t have the money, he offered to deduct the $1,800 directly from her biweekly paychecks.”

Harris refused, stating she was not going to let the church deduct $1,800 from her paycheck and “complained that her job had already been threatened for not giving ‘birthday money,’ ” the suit states.

According to the lawsuit, supervisors repeatedly required Harris to give $10-$25 to buy birthday presents for managers and once offered to deduct the money from her paycheck “if need be.” One supervisor allegedly pestered Harris when she refused to donate to the birthday fund, telling her “Well, you’re going to have to give this $10. … I know you have $10 floating around in your little world, you just don’t want to give it up. Everybody has to give this,” the suit states.

At issue for Harris is that she is both a member of Perfecting Church, and an employee. In her lawsuit, she claims that other employees who work for the church but don’t belong to it aren’t required to tithe as a condition of employment.

But she is. And forcing only church-member-employees to give back 10 percent of their earnings violates employment and civil rights laws, Harris claims.

As of late Wednesday, Winans could not be reached for comment. It is not clear whether he knows about the civil suit as such lawsuits typically take longer than a day to get served on defendants.

According to the lawsuit, the church not only demanded money from Harris, but also cheated her out of overtime pay by manipulating her time clock records “in order to avoid paying her for overtime hours worked.”

“Each time an employee is late he or she will be docked according to the following schedule,” states the policy, as cited in the suit. For example, if an employee is tardy 1-15 minutes, they get 15 minutes of pay docked from their check. 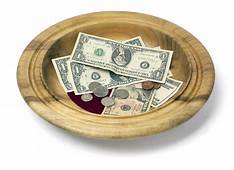 According to the lawsuit, this is what prompted Harris to sue:

Harris was employed by Perfecting from March 2012 through January 2017. She worked as a housekeeper and spent the first several weeks of her employment cleaning the Marvin L. Winans Academy of Performing Arts, an elementary and middle school headed by Winans. After several weeks, she was transferred to Perfecting’s main church on East Nevada, on the city’s east side.

Winans is the founder and president of Perfecting Church, which owns at least 90 commercial and residential properties in Detroit and employs about 40 workers to clean and maintain them. Among them was Harris.

At a staff meeting in 2016, Harris openly stated to Winans that she was not happy about not being paid for work she was doing. In October of that year, Winans directed Harris to meet with him in his office, where he asked her why she hadn’t attended church recently. According to the suit, Harris said that she was exhausted from working long hours and not being paid, and complained that her job was being threatened for refusing to donate toward birthday gifts to supervisors.

Three months later, Harris was summoned to another meeting with Winans and another church official. It was at this meeting that Winans mentioned the tithing issue, and deducting $1,800 from Harris’ check.

Harris wouldn’t hear of it.

So Winans responded: ” ‘Well, that pretty much terminates your employment with us. … You can go ahead and proceed with the exit interview.’ “

Harris was fired that day.

Editors Note: This is what “the church” has reduced itself to! A money hungry, non God fearing, unholy business organization! Today’s Christianity is a man made kingdom that has every spirit present in it except the Spirit of God!

Click this link to read what CeCe Winans did for money