THIS is what happens when we call evil good and good evil! We now live in a society were God is legally mocked publicly by the lawmakers… 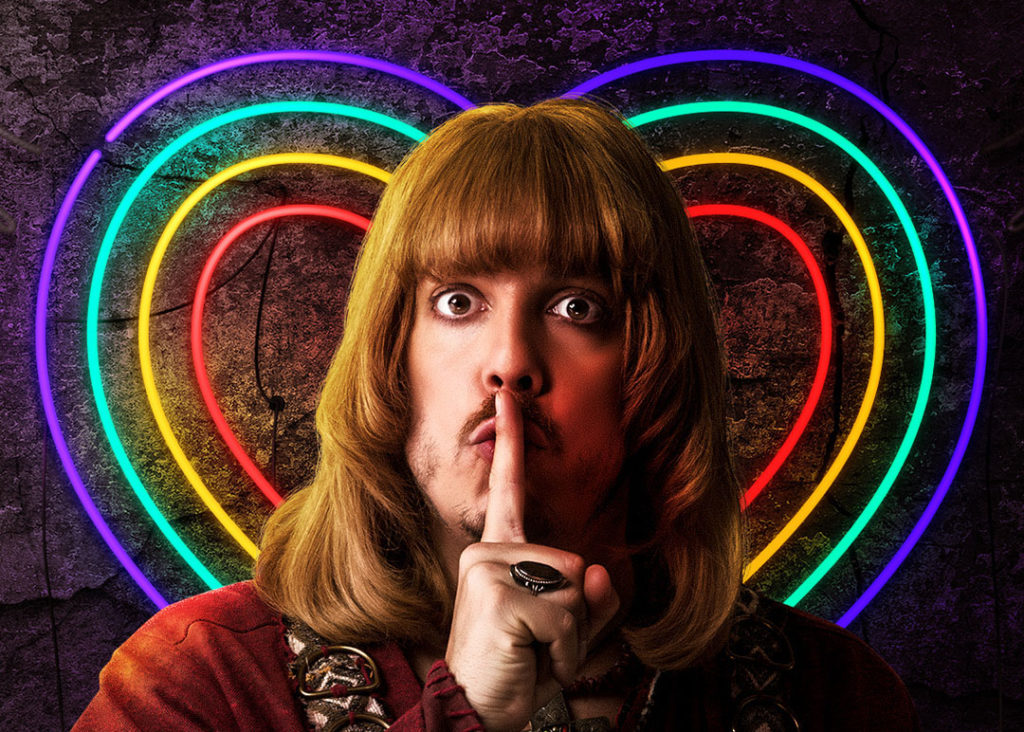 The Brazilian comedy group Porta dos Fundos (which literally translates to “back door”) appears to have no fear in mocking the son of man- the Messiah. Last December the group released The Last Hangover on Netflix, a movie that blends Christ’s Last Supper with his disciples and The Hangover into a night of drunken debauchery where Jesus disappears.

This year, in this new Christmas special, Jesus turns 30 and brings his gay boyfriend home to meet a weed smoking Mary and Joseph.

These days are worse than in the days of Sodom and Gomorrah. The onset of this type of behavior was undoubtedly ushered in by the LGBTQ movement, legalized murder {abortion}, divorce and remarriage which makes it LEGAL to blaspheme God! This entire world has been set up by Satan while it was asleep. The world has been seduced by Satan for so long that it’s too late to reverse the damage, the only thing that we can do individually is to obey the commandments of God, and REPENT for the times that we didn’t obey Him out of ignorance.

Most people have been desensitized to open rebellion against God by being forced to look at, work with and employ that which God calls abominable, on top of being brainwashed to setting Sunday aside specifically to worship God instead of Saturday which is a blatant disobedience of the 4th commandment. All of the good Christians who KNOW the truth but continue to disobey God’s laws and commandments will look you in the face and say ‘Who are we to judge”, “No one is perfect”, “I know I”m going to heaven”. God is watching- He’s been watching and He’s preparing that number of people who have decided that they would repent and stand on holiness no matter how difficult it may be, to not be separated from God and His Kingdom.

THIS is what happens when we call evil good and good evil! We now live in a society were God is legally mocked publicly by the lawmakers, and non acceptance/compliance of this lawlessness could cause one to loose their job or online network support.  Religious people are busy boycotting things that bring no glory to God or His Kingdom whatsoever but when things like this occur the church shrugs it’s shoulders, looks the other way and says “who are we to judge”. If you really love God and His Kingdom and stand for holiness I urge you to CANCEL YOUR NETFLIX SUBSCRIPTIONS and support the others who have decided to not support this blasphemy!  Light and Darkness has nothing in common [2 Corinthians 6:14 Be ye not unequally yoked together with unbelievers: for what fellowship hath righteousness with unrighteousness? and what communion hath light with darkness?]  It is sickening that many Christians will not cancel their subscriptions because they are so attached to this world, they would find great difficulty in doing so. In my opinion, after seeing the filthy array of movies offered by Netflix, including this one- supporters of Netflix will undoubtedly accept the mark of the beast!

2 Corinthians 6:17- Therefore “Come out from among them And be separate, says the Lord. Do not touch what is unclean, And I will receive you.”