The man walked into a supermarket, grabbed a kitchen knife from a store shelf and started attacking people 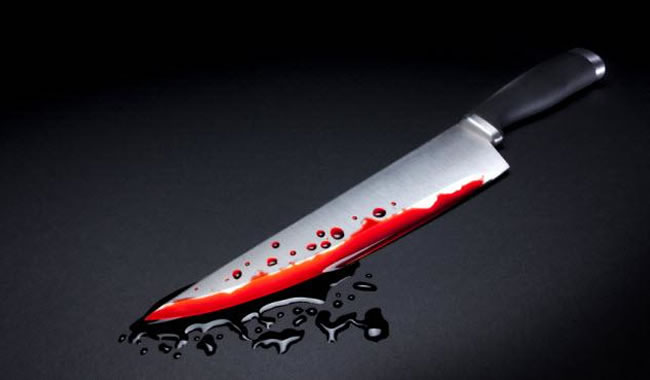 German prosecutors say a Palestinian man who fatally stabbed one person and wounded six others at a Hamburg supermarket in July wanted to kill as many Christians as possible to avenge what he considered injustices against Muslims worldwide.
Federal prosecutors say 26-year-old Ahmad A., whose last name wasn’t published due to German privacy rules, considered his actions a “contribution to a worldwide jihad.”
In a statement Friday, prosecutors said they were formally indicting the failed asylum-seeker, who was born in the United Arab Emirates, on one count of murder, six counts of attempted murder and six counts of serious bodily harm.
The man walked into a supermarket, grabbed a kitchen knife from a store shelf and started attacking people before he was subdued by passers-by and arrested.
Prosecutors said investigators found no “credible evidence” that A. was involved with or under the direction of a terrorist group such as the Islamic State.
Officials in Hamburg have said that he was known to authorities as a suspected Islamic radical but not as a “jihadist.” They also considered him psychologically unstable but decided he did not “pose any immediate danger.”
Federal prosecutors said he decided on the day of the attack to kill Christian Germans indiscriminately, and that he cited tensions over a contested Jerusalem holy site as his motivation.
written by Dale Hurd

“Practically speaking, we are back in the same situation. These anti-terrorist laws are some of the most restrictive laws in post-Soviet history.”

A Pentecostal pastor has applied for political asylum in Germany and is living there as a refugee with his family, saying that he is fearful of being arrested and treated as a terrorist back home in Russia.

“It is very dangerous to return to Russia. There, I will be declared a terrorist and put behind bars,” pastor Alexey Kolyasnikov said in an interview with Germany’s Deutsche Welle.

Kolyasnikov, his wife and three daughters have been living in a refugee camp in Leverkusen since July. The pastor explained that he chose to go to Germany because “the Protestant Church here is strong.”

The pastor alleged that he has been investigated by Russian authorities simply for practicing his faith. He revealed that one evening back in 2014, he held a gathering with his Pentecostal congregation at a cafe in Sochi, since they do not own a church building.

Kolyasnikov explained that police officers and members of Russia’s main intelligence agency, the Federal Security Service, appeared during the Bible reading, and accused him of holding an unauthorized gathering.

The pastor said that one young woman, who six weeks prior to the incident started attending the meetings, turned out to be aiding an FSB member, and later testified in court against him.

Kolyasnikov was punished with a fine for  organizing “an unauthorized gathering,” which led to him filing an appeal with the European Court of Human Rights.

A letter sent to the public prosecutor’s office of the southern Russian Krasnodar region revealed that Kolyasnikov was also accused of being part of “pro-West Protestant religious movements” and supporting Ukraine in its ongoing strife with Russia.

The pastor insisted, however, that he condemns all forms of violence and bloodshed, and said that he does not understand why he is being mistreated.

He recalled another incident back in 2012, when an FSB major spoke with him in relation to terrorist investigations in Russia, and demanded that he provide a list of his congregation members, along with their personal details.

Sergei Zhuravlyov, a representative of the Ukrainian Reformed Orthodox Church of Christ the Savior, was one of the first Christian leaders arrested last year while he was preaching before the St. Petersburg Messianic Jewish community.

Zhuravlyov was accused of “fomenting negative attitudes toward the Russian Orthodox Church,” and of having ties to the Ukrainian nationalist political party called Right Sector, which is banned in Russia.

The controversial law, which bans evangelism outside of churches, led to thousands of churches in Russia fasting in opposition back in July 2016.

“This new situation resembles the Soviet Union in 1929. At that time confession of faith was permitted only in church,” said Hannu Haukka, president of Great Commission Media Ministries.

“Practically speaking, we are back in the same situation. These anti-terrorist laws are some of the most restrictive laws in post-Soviet history.”

Norway-based group Forum 18 reported in August that evangelical Christians make up the majority of the 181 cases that have so far been prosecuted by Russian authorities under the law.

The report noted that officials have cracked down on prayer meetings at homes, and on posting worship times on a religious community’s website, which police have interpreted as  banned “missionary activity.”