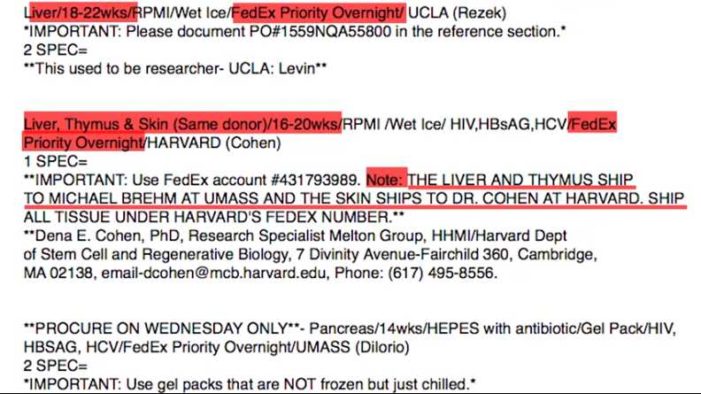 A former procurement technician at the biomedical research supply company StemExpress is explaining how she would open her email each day to find a “grocery list”-like outline of certain baby body parts that she and others needed to strive to obtain while spending the day at Planned Parenthood.

In the Center for Medical Progress’ second whistle-blower video, released on Tuesday, Holly O’Donnell provided actual emails and documents as proof of the workings of StemExpress inside Planned Parenthood. 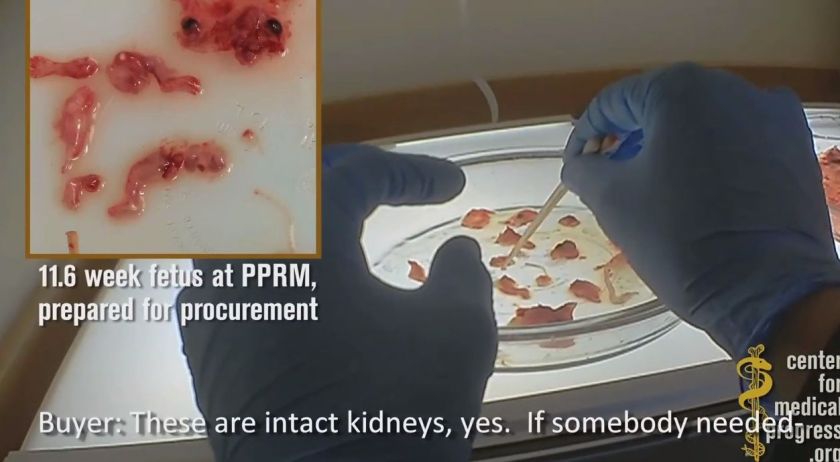 “We would turn on Messenger on our laptops, we would go to one of the medical rooms, and we would open up the task page—which it shows you what the researchers want, [such as] how many specimens that they want for that day or that week,” she explained. “And if you were able to get that specimen, you would edit the task page and put how many you had and put your initials.”“Roughly saying, it was like a grocery list of what to get for that day,” O’Donnell said.

She recalled that she would approach the head nurse at the Planned Parenthood facility and advise them what StemExpress was looking for on that date.

“They’d give you a sheet of the appointments, which women were coming in … and if they knew how far along they were,” O’Donnell outlined.

She would then compare who was coming in for an abortion that day with what was on the task page provided by StemExpress.

Sometimes, Planned Parenthood staff would let O’Donnell know that a mother that was of her needed gestation was present, so that she could obtain the woman’s consent that the baby’s remains be used for research.

“Ship all tissue under Harvard’s FedEx number,” one of the task notes read.

O’Donnell left her job at StemExpress in 2013, and StemExpress discontinued its partnership with Planned Parenthood in 2015 after CMP’s undercover investigative videos were released to the public.

Specifically, the Congressional Committee noted in its report that StemExpress, Advanced Bioscience Resources (ABR) and Novogenics Laboratories purchased the bodily organs of aborted babies from several California Planned Parenthood locations, and then resold them at substantially higher prices. The organizations were also accused of hiking the prices above costs for “transportation, implantation, processing, preservation, quality control or storage of” the body parts.

The Committee also noted that despite Planned Parenthood’s “constant statements to the media that [its] affiliates had merely been recovering their costs” in receiving payment from ABR, StemExpress and other companies, its attorneys told the investigative Congressional panel that the Planned Parenthood offices only sought to determine their costs after-the-fact in light of national scrutiny.

“Around that time, Planned Parenthood announced it would no longer accept any payments in connection with its fetal tissue transfer programs,” Sen. Chuck Grassley explained.