Mark Edwin Aderholt, of Columbia, has been charged by the Arlington, TX Police Department following an allegation from 1997 in Texas. 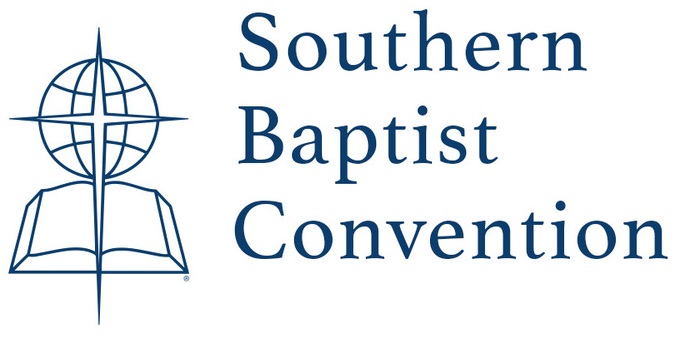 A South Carolina man has been charged with the criminal sexual assault of a person younger than 17 that happened in a different state two decades ago – and before his arrest, he resigned from the South Carolina Baptist Convention, headquartered in Columbia.

According to the Fort Worth Star-Telegram, Mark Edwin Aderholt, of Columbia, has been charged by the Arlington, TX Police Department following an allegation from 1997 in Texas. He was originally booked into the Alvin S. Glenn Detention Center on July 3, the newspaper says, and then booked into the Tarrant County, TX Jail on July 9.

The newspaper did not expound on the details of the assault claim or what Aderholt is being accused of specifically.

The newspaper says Aderholt, “prolific as an international missionary,” graduated from the Southwestern Baptist Theological Seminary in Fort Worth in 2000.

According to the SCBC, he resigned as the associate executive director and chief strategist in June prior to his arrest. The SCBC released a statement on June 15 following Aderholt’s resignation, saying:

Dr. Gary Hollingsworth, the Executive Director/Treasurer of the South Carolina Baptist Convention, has received and accepted a letter of resignation from Dr. Mark Aderholt who had been serving for the past year and [a] half as the Associate Executive Director and Chief Strategist for the Convention.

While accepting this with a heavy heart, Dr. Hollingsworth did so based on the importance of staying focused on the Convention’s Vision statement of “seeing every life saturated and transformed by the hope of the Gospel.”

He and the SCBC staff are committed to continuing to see the Gospel advanced here in South Carolina and around the world by working to fulfill the Convention mandated priorities of evangelism, church strengthening/discipleship, missions mobilization and church planting.

Aderholt is now out of jail on a $10,000 bond with conditions. The conditions of his bond are not known.

“We have a community that is youthful and loving and looks to the world as a partner, not an enemy,” Reverend Jude Harmon said speaking to the crowd.

I guess Jude Harmon doesn’t care what God says about being “partners” with the world. “Ye adulterers and adulteresses, now ye not that the friendship of the world is enmity with God? whosoever therefore will be a friend of the world is the enemy of God” James 4:4 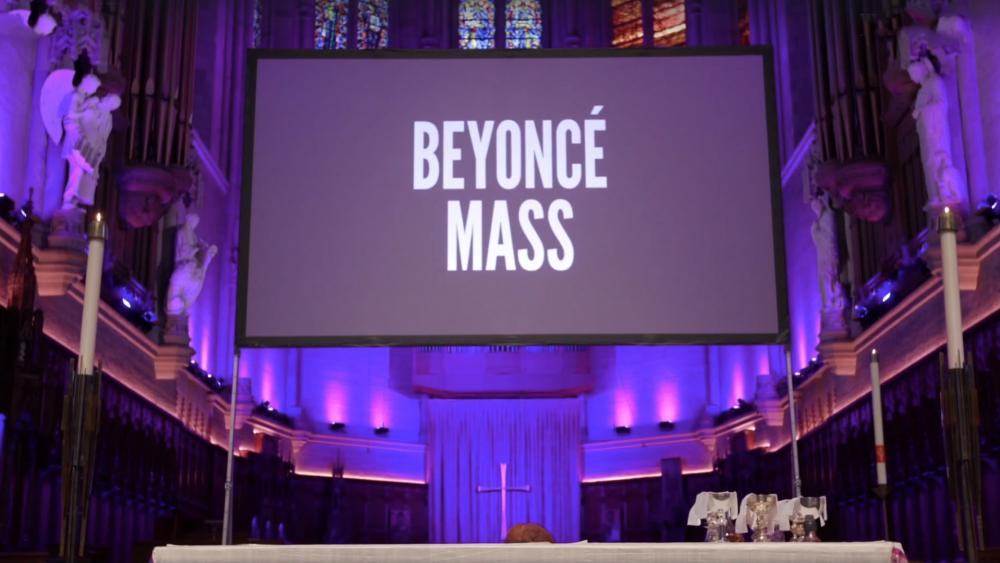 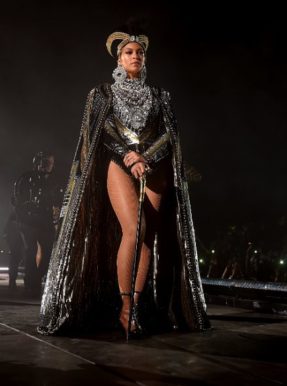 A “church” in San Francisco, California raised eyebrows with an event they called a “Beyoncé Mass.” With matters such as bibles being outlawed in California, this “church” has nothing better to do with it’s time than to pay homage to Beyonce.
With hundreds in attendance, Grace Cathedral Church says the event is a chance for people to find God through secular music. Others calling it “evil,” saying they’re trying to substitute Jesus with Beyoncé.

“We have a community that is youthful and loving and looks to the world as a partner, not an enemy,” Reverend Jude Harmon said speaking to the crowd.
I guess Jude Harmon doesn’t care what God says about being “partners” with the world. “Ye adulterers and adulteresses, now ye not that the friendship of the world is enmity with God? whosoever therefore will be a friend of the world is the enemy of God” James 4:4

Harmon says mostly in attendance are people of color and the LGBT community, including, “People on who other people’s narratives have been projected. Just to be honest, the church hasn’t been the best about lifting up those voices.”
To take things a step further, Rev. Harmon goes on to say that Beyoncé is “a better theologian than many of the pastors and priests in the church today.”
“That is not an exageration,” Harmon states.
The video includes examples of Beyoncé’s “religious symbolism” in her music and performances, from dressing as African deity’s, the Virgin Mary, and scenes in her videos that reference the Last Supper.
The event’s organizer, Rev. Yolanda Norton, told ABC7 News she uses Beyonce as a way to bring diverse groups together to talk about God.
Norton is an Assistant Professor of Old Testament at San Francisco Theological Seminary who teaches a class she calls, “Beyoncé and the Hebrew Bible.”

“People think we’re worshiping Beyoncé, none of that is true,” she said. “This is a way to have different kinds of conversation.” 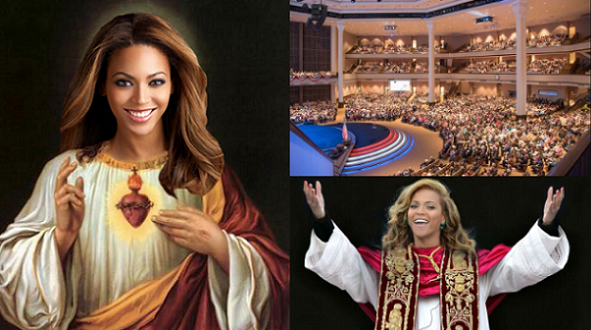 During the service, Norton said in a separate interview, they use lyric’s from Beyoncé’s songs as examples of what the crowd’s prayers to God could be. She said the service focuses on empowering women of color and other minority communities.
“I’ve been asked time and time again, ‘Why Beyoncé?'” Norton preached to the crowd during the mass. “I believe she reminds us that you have to do your thing your way, you don’t do it on demand, you don’t do it for your oppressor, you don’t sing when they want you to sing…you sing when God calls you to sing.”
Many even pointing out parts of scripture that they say rebuke this type of gathering, including 2 Timothy 4:3-4 and Galatians 1:8.
2 Timothy 4:3-4
“For the time will come when people will not put up with sound doctrine. Instead, to suit their own desires, they will gather around them a great number of teachers to say what their itching ears want to hear. They will turn their ears away from the truth and turn aside to myths.”
Galatians 1:8
“Let God’s curse fall on anyone, including us or even an angel from heaven, who preaches a different kind of Good News than the one we preached to you.”

Favors who had been teaching at Full Gospel Tabernacle in Dallas since he was 19…. 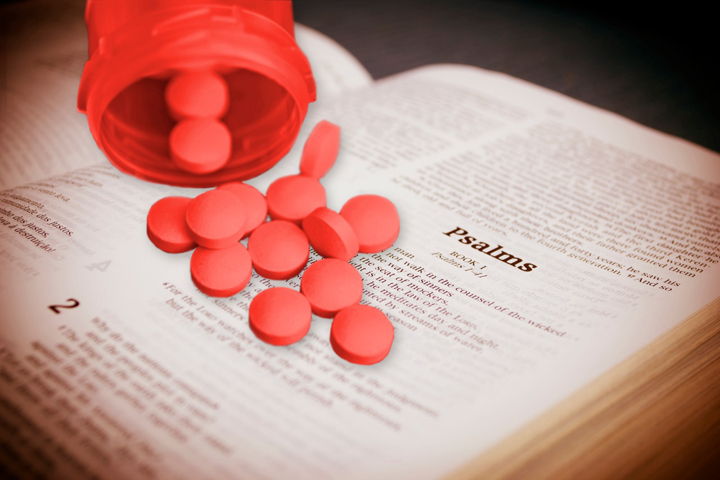 A Dallas pastor known for his miraculous “laying on of hands” ability was found dead about noon Wednesday, Dec. 13, at a Star Motel.

According to The Christian Post, bishop Darick Favors, 42,  had checked in to the motel on Monday and was expected to check out on Wednesday. He was found deceased in his room. 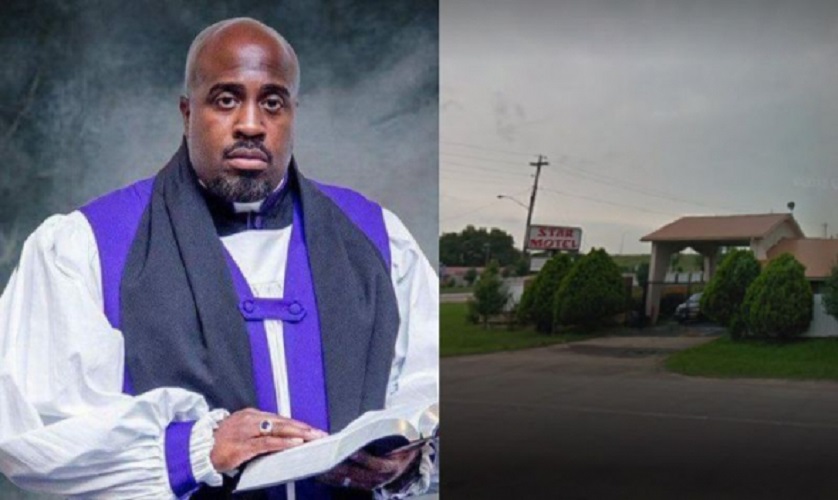 Favors — who had been teaching at Full Gospel Tabernacle in Dallas since he was 19 — was allegedly found in the hotel with unknown drugs, and police have yet to determine his cause of death.

His wife shared a post to Facebook asking for people to “show [the] family mercy” and to “not interfere,” but rather to remember the good things about Favors and to pray for her and her family.

Chron.com reached out to the church for comment and were unable to reach anyone. 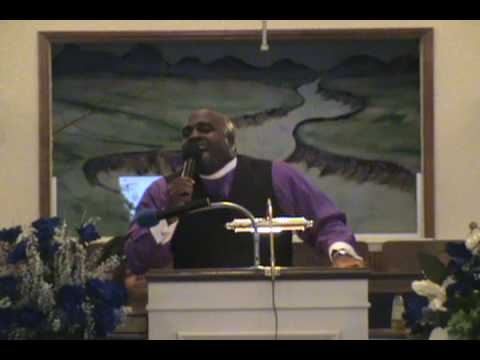 “Real pastors and real churches have to stand up and say ‘No, that is not Christianity. That’s not what the Bible teaches. 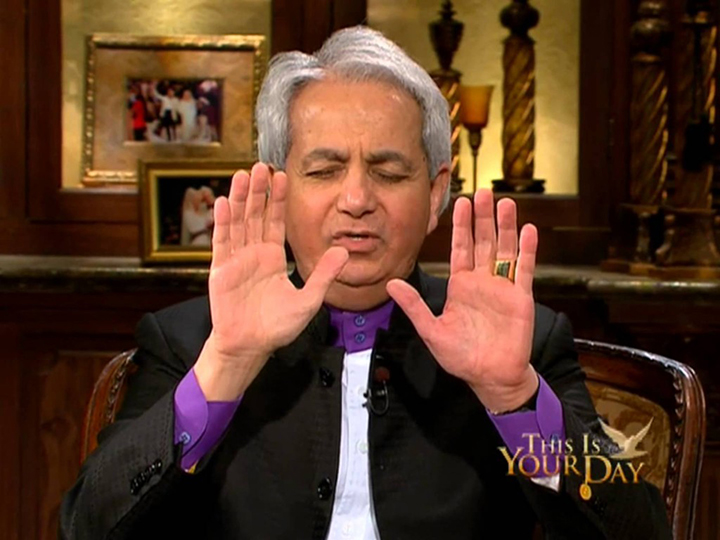 The nephew of Benny Hinn Costi Hinn, who is a pastor in Southern California criticizes his uncle’s prosperity theology and teaching, explaining how it cost him personally as a member of the Hinn family. The theology his uncle espouses is “twisted,” he said.

In an HLN exclusive interview with Carol Costello, Costi Hinn described growing up in the Hinn family as a hybrid of being a “royal family” (lavish riches) and the “mafia” (strict enforcement of the mafia).

“You keep to your own, you defend your own. You never, ever, regardless of what the truth might be, do anything to harm or expose at the expense of family. It’s just a tight-knit, tight-lipped community,” Hinn explained.

He recounted that the first time he ever said anything publicly about his family — as people had been asking — he got a phone call from a family member who told him “you need to pipe down, don’t talk about family.”

Hinn further explained that the luxurious way of life that he had was “living the dream,” with flights on a G4 or G5 private gulfstream airliners, layovers in Monte Carlo, and stays in a fancy hotel suites that cost $25,000 per night.

Costello asked Hinn how they justified preaching the message of Jesus, who was not a wealthy man, with such a lavish lifestyle.

The theology they used was “twisted,” he replied.

Conversely, if one is poor, he added, God still loves you and has a purpose for your life, and in your poverty He is still with you; and the hope of Heaven is much greater than worldly riches and temporary earthly pleasures.

The heart of prosperity preaching is a formulaic prescription, that if you do certain things you will become wealthy and that is what God wants, he explained. This approach to Christianity fails poor people in impoverished nations who are doing all the steps to become rich and show up and give the last of their money to prosperity preachers in hopes that they will receive material blessings.

But when that does not happen for people, people get hurt, he said.

“Real pastors and real churches have to stand up and say ‘No, that is not Christianity. That’s not what the Bible teaches.'”

Hinn told Costello he is “disgusted” with his former self, but thankfully the power of the Gospel became real, and the Gospel includes the good news of hope and the bad news of the reality of sin.

“Our job as preachers and pastors is to give the whole story,” Hinn said.

“It’s bad news. I was greedy. I was very ambitious for all the wrong things. We were teaching things that were wrong. We were taking advantage of [people], exploiting the poor, using our greed, squeezing every last dollar out of people so we could live the way they could never,” while using Jesus to do that, he explained.

But the Gospel is also good news, he would come to find out.

“Jesus died to forgive my sins. He loves me just the way I am in all my mess and all my greed. And if I commit to a change He’ll meet me right where I am. And He did. He changed my heart and I just had no taste for it anymore. I did not want that life.”

Benny Hinn is reportedly not happy with him, and their relationship is limited, he said. But he hopes that he gets a call from his uncle one day and will spend the next 10 years of his life showing people what the grace of God really is.

Costi Hinn is now an executive pastor at The Mission Bible Church in Orange County, California.

written by By Brandon Showalter