Makandiwa claims that “God is evil” adding that “the Creator regularly needs a prophet to instruct Him”. 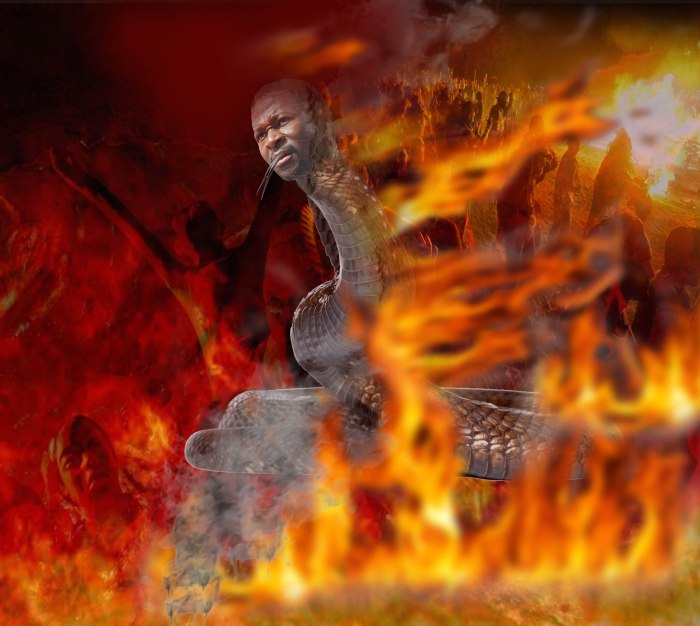 False Prophet Emmanuel Makandiwa says he “coaches God on righteousness and sin”, while saying that “God’s adviser who is greater than Jesus Christ lives in Ghana”. In a speech to his church exalting so called “Prophets” Makandiwa said his role is to “stop God from sinning”.

He uttered these words while introducing his spiritual father, (who is also a false prophet) Victor Kusi Boateng while preaching. Makandiwa claims that “God is evil” adding that “the Creator regularly needs a prophet to instruct Him”.

False prophet Makandiwa added saying, God was about to commit sin and was only saved by a prophet, Moses. “Some of you do not understand how God respects the office of the prophet,” he said while stating that “God was taught by Moses of the Bible, lessons on how to manage his anger”.

This blasphemous sermon was recorded and can be found online, the extreme sad part about this is that none of his congregants rebuked him! They continued to listen to him in total agreement! He told his congregants that “On that mountain Moses continued to serve a God who he helped to become God, how can you follow a god like that?” What more does anyone need to hear or see for their eyes to be opened to who this serpent really is? He is not a prophet of God, nor a follower of God, he wasn’t sent by God but uses the name of God often and often when he preaches to deceive his congregants. The rise in fatal automobile accidents have increased since the Zimbabweans have welcomed this anti Christ and has submitted to him, they don’t realize the spiritual implications of following and submitting to this false prophet- his abilities don’t come from God, they come from Satan and he has to offer sacrifices to his god to remain empowered. You will see the downfall of this agent of darkness but you will also witness the demise of many others who are linked to him, who support him, and who receive prayer and anointing from him. Some would say that the increase in automobile accidents is just a coincidence, but I tell you it’s not! If your spiritual eyes aren’t open you wont be able to perceive the truth and THAT’S WHAT HE IS COUNTING ON. Most of the accidents involved his own church members and people he gave “mantles” to. If you love God, if you care anything about your family, your community, your state or even your country, don’t invite this serpent or ANYONE associated with him to your church, to your home or anywhere else.