The General Overseer of the church, who presided over its Atamunu branch , and some of his suspected accomplices were was  arrested on Thursday, over the alleged killing of a one year old baby, whom many believe was used for performing rituals.

An angry mob on Friday in Calabar South Local Government Area of Cross River State demolished a church, known as God’s Commandment Ministry over allegations linking it to the alleged killing of a one year old child for ritual purposes.

The angry mob which also removed properties from the church and set them ablaze, gave the pastor of the church located on Abua Street the beating of his life.

However, the pastor whose identify could not be ascertained immediately was whisked away to safety by some people who came to his rescue.

While the demolition was going on, some of the residents of the street said items discovered in the church included used sanitary pads, braziers, pants and other accessories used mainly by women, and many pictures of showing the images of men.

The mob, it was observed burnt some of those items they discovered in the church, while items like building materials were looted.

An angry resident on the street who gave his name simply as David volunteered to speak on the development, and condemned such practice in a place ordinarily believed to be a church.

“These are just herbalist homes disguised as churches. If they put signpost as herbalists, no one will go, but they make it look like a church. I believe that this one was particularly patronised by women, who are given assignments to look for husbands. You can tell from the many pictures of young men discovered here. Most of those young men have no idea that their picture has been taken somewhere and tied down here. Who knows if they have told any of them to use the soaked pads to cook for men they want to marry them. A lot of bizarre things keep happening, and I wish something would be done to check the activities of these churches,” David lamented.

Woods, zinc, and other useful items recovered from the demolished church building were carried away by some of the people who invaded the church premises at Abua Street.

The Friday incident followed an allegation that the headquarters of the church located at Okon Edak Street off Atamunu, also in Calabar South Local Government Area, was discovered on Thursday to be a den where people were kidnapped and taken to for ritual purposes.

The General Overseer of the church, who presided over its Atamunu branch , and some of his suspected accomplices were was  arrested on Thursday, over the alleged killing of a one year old baby, whom many believe was used for performing rituals.

Following a tip-off, the Atamunu church was ransacked on Thursday and an object that looked like a baby’s heart as well as other strange items were discovered in the church.

The police public relations officer in the state, Irene Ugbo, confirmed the incident and the arrest of the pastor of the Atamunu headquarters of the church.

Irene said the matter was being investigated by the police.

written by By Bassey Inyang 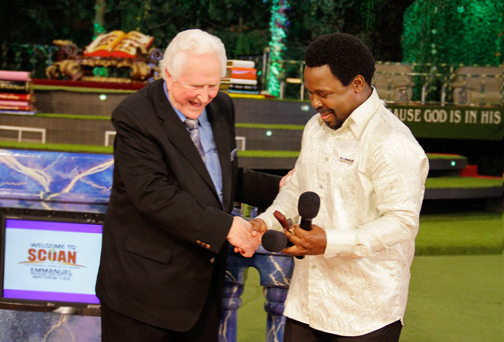 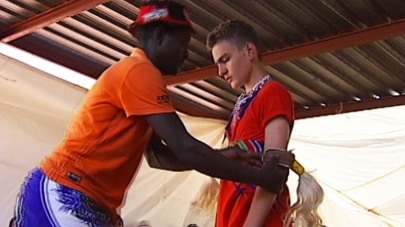 While on vacation in West Africa I met a spiritualist who gave me names of American pastors who go to him for “spiritual fortification” to perform fake signs and wonders in their churches, he has given some of them magic that they wave in their handkerchiefs in church to make people fall out (the congregation will think that it is “the anointing” that’s making them fall). I became very interested in this scheme of the enemy so I interviewed an African man [who is also a missionary worker, author and teacher] named Mordecai Egwuowu Uka Dike asking him everything that I could think of regarding demonic powers in Africa, and how Americans/Africans dabble into this arena of witchcraft to obtain power to fool church goers, and here is just a little of what he shared with me: “There are spiritualists in Africa; Senegal, Mali, Nigeria, Ghana, Cameroon, Congo, Benin Republic,Togo etc. who can fortify someone with a familiar spirit and the person will instantly begin to see spiritual things that the natural eyes cannot see. In 1993 someone called Prophet Peter, whose “church” was at Obalende, Lagos Nigeria (right opposite of P&T) tried to initiate me into his secret prophetic brotherhood, he said he loved the zeal that I have for the Lord and wanted to help me by giving me extra ordinary powers to prophecy and to manifest miracles.

In Niger Republic 2000, while serving as a missionary in Konni village, one of the oldest Muslim spiritualists offered to give to me “miracle working powers” he inherited from his ancestors, in which I refused. When the main “O O Obu,” known as the spiritual head of the Brotherhood Of The Cross and Star was still alive, I personally know certain preachers that went to him and received “a spiritual gift” to function as seers. When TB Joshua came to South Africa (I was there as a missionary worker) some “ministers” went to him secretly to receive spiritual impartation, so that they can attract large crowds and function as prophets. There are certain shrines (oracles) in West Africa where people go to take SPIRITUAL BATHS to become a “prophetic papa” with demonic wonder working powers. Using mediums to predict the future, reveal secrets, and manifest fake miracles through demonic powers is not something new, it is an ancient practice but our African ancestors did not use these ancient mystical powers to operate churches. It’s frightening how young people these days are conjuring up these old deities and using their powers to fool people in their so-called churches, calling themselves prophets and prophetesses. What most don’t know is that they are going to pay a bitter price at the end here on earth, except they confess their sins and do away with those mediums. Don’t be deceived, not every person who calls himself or herself a prophet or gives an accurate prediction is a true prophet. There are many occultists, witches and wizards, psychics, shamans, and spiritualists in churches today predicting future events such as accidents, promotions, telling you your name, address, bank account information, phone numbers and so forth to gain recognition and to lure innocent souls into darkness. Let us not forget that EVIL SPIRITS can prophesy too and work miracles….

I was in a place called “Dogodoutche” in Niger Republic, there I witnessed Bori (idol) worshipers levitate, prophesy, and they spoke in tongues when evil spirits known as “Zanzana”, “Dango”, and “Donkawa” possessed the worshipers. I have also encountered a spiritualist who told me what and how I prayed in my prayer room. There is no doubt that some wizards and spiritualists can monitor what you are doing wherever you are- there is no distance in the spirit realm!”

As mentioned earlier, just because someone makes an accurate prediction doesn’t mean that he/she is a prophet of God. Just remember that prophets, diviners, psychics, and spiritualists outwardly look very much alike and all have the spiritual ability to reveal hidden things, foretell futures and manifest “miracles” as a genuine prophet of God has the ability to wear a suit, or a white collar to preach in a pulpit, so can a magician transform himself or herself and put on a suit or dress with a bishops collar, change his/her occultic language to biblical language, and preach and prophesy in Christian’s church services and it’s happening every day; there are numerous dark spiritualists performing in “churches” today and the people are completely oblivious because they don’t know anything about the spiritual reality.