“The Supreme Court’s decision to let the rulings against the monument stand sends a strong message that the government should not be in the business of picking and choosing which sets of religious beliefs enjoy special favor in the community.” 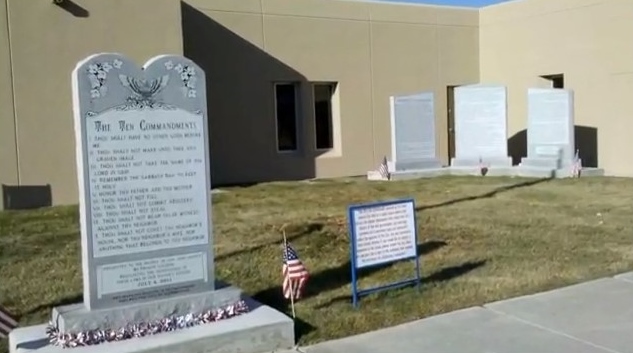 WASHINGTON — The U.S. Supreme Court has declined to hear an appeal of a ruling out of the 10th Circuit Court of Appeals that declared a New Mexico Ten Commandments monument unconstitutional. Two Wiccan women who took offense at the display had filed suit against the Decalogue placement in 2012, stating that it made them feel “alienated.”

The nation’s highest court gave no reason on Monday for its decision to not to take the case.

“This is a victory for the religious liberty of people everywhere,” Peter Simonson, the executive director of the American Civil Liberties Union of New Mexico, remarked in a press release. “The Supreme Court’s decision to let the rulings against the monument stand sends a strong message that the government should not be in the business of picking and choosing which sets of religious beliefs enjoy special favor in the community.”

The ACLU had represented Wiccans Jane Felix and Buford Coone of the Order of the Cauldron of the Sage in its legal challenge against the monument, which has been on display at Bloomfield City Hall since 2011. A former city council member had proposed the monument four years prior, which was then approved by city council but paid for with private money.

“Presented to the people of San Juan County by private citizens recognizing the significance of these laws on our nation’s history,” the Decalogue read, which was unveiled during a special ceremony.

Felix and Coone said that they were offended by the monument.

“Our clients who are not Christians, they took issue with this and it made them feel alienated from their community,” Alexandra Smith, legal director for the American Civil Liberties Union (ACLU) of New Mexico, told local television station KRQE.

The organization filed a lawsuit against the city in 2012, asserting that the monument’s presence on government property amounts to the government endorsement of religion. While the city argued before the court that the monument was historical in nature, the ACLU contended that the content of the Commandments themselves is blatantly religious.

“One of the commandments is thou shalt put no gods before me. This is clearly not a historical document, but is in fact religious doctrine,” Smith stated.

In August 2014, U.S. District Judge James Parker, nominated to the bench by then-President Ronald Reagan, sided with the Wiccans, declaring that the Decalogue violated the First Amendment to the U.S. Constitution.

“In view of the circumstances surrounding the context, history, and purpose of the Ten Commandments monument, it is clear that the City of Bloomfield has violated the Establishment Clause because its conduct in authorizing the continued display of the monument on City property has had the primary or principal effect of endorsing religion,” he wrote.

The city appealed, and in November, the 10th Circuit upheld Parker’s ruling, stating that the addition of historical monuments adjacent to the Ten Commandments did not fix the constitutional infirmities.

“[I]t was especially inadequate here because of the plain religious motivations apparent from the approval (approved alone), financing (sponsored entirely by churches), and unveiling (ceremony rife with Christian allusions) of the Monument,” the three-judge panel wrote.

“In light of those considerations, and the situational context of the Ten Commandments on the lawn, the City would have to do more than merely add a few secular monuments in order to signal to objective observers a ‘principal or primary’ message of neutrality,” it concluded. “Because we find an impermissible effect of endorsement that is insufficiently mitigated by curative efforts, we affirm.”

The city then sought an en banc, or full appeals court, review of the case, but the request was denied.

More than 20 states and over 20 members of Congress had joined legal briefs to the U.S. Supreme Court, urging the nine justices to hear the case, but on Monday the court passed on the matter. Only a few appeals are accepted each year by the nation’s highest court.

The religious liberties organization Alliance Defending Freedom (ADF) expressed disappointment that the case would not have the chance for an appeal.

“Americans shouldn’t be forced to censor religion’s role in history simply to appease someone who is offended by it or who has a political agenda to remove all traces of religion from the public square,” remarked ADF Senior Counsel David Cortman in a statement.

“In this case, the U.S. Supreme Court had the opportunity to affirm, as it recently did, that ‘an Establishment Clause violation is not made out any time a person experiences a sense of affront from the expression of contrary religious views.’ We hope the court will take advantage of a future case to resolve the confusion that reigns in the lower courts on this issue,” he said.

City Attorney Ryan Lane told the Daily Times that Bloomfield will now work with the private entity that placed the monument to have it removed.

written by By Heather Clark

“Our rights come from God, so it’s only fitting that the House begins each day united in prayer.” 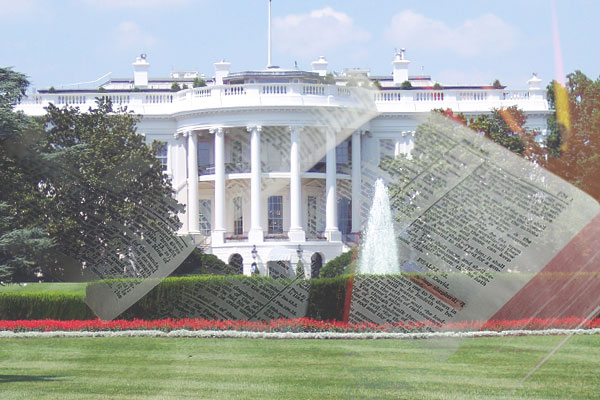 WASHINGTON—  Congress will continue opening sessions in prayer after a challenge to the tradition by an atheist. A federal court ruled against the lawsuit brought by Daniel Barker, co-president of Freedom From Religion Foundation.

He argued he has denied the opportunity to give an opening invocation in Congress although other guest chaplains were allowed to do so. U.S. District Judge Rosemary M. Collyer said in her decision that House rules didn’t allow Barker the to lead the prayer because he had left his faith.

Collyer also pointed out opening prayer has been a part of Congress for more than two centuries and it doesn’t conflict with the establishment clause according to the United States Supreme Court.

House Speaker Paul Ryan was quick to applaud the decision.

“Since the first session of the Continental Congress, our nation’s legislature has opened with a prayer to God. Today, that tradition was upheld and the freedom to exercise religion was vindicated. The court rightfully dismissed the claims of an atheist that he had the right to deliver a secular invocation in place of the opening prayer,” Ryan said.

“Recently, especially following the return of Majority Whip Steve Scalise, this institution has been reminded about the power of prayer. I commend the District Court for its decision, and I am grateful that the People’s House can continue to begin its work each day as we have for centuries: taking a moment to pray to God,” Ryan concluded.

Scalise also responded to the decision on Twitter saying, “Our rights come from God, so it’s only fitting that the House begins each day united in prayer.” Barker says Collyer’s decision was tainted by her “personal bias against nonreligious people. Collyer was appointed to the court by George W. Bush.

Tacoma School Board’s decision last year to allow the Satanist club drew protests from parents who asked school officials to ban it. The Satanic Temple is an atheist organization known for controversial publicity stunts proclaiming it is a Satanic group in order to scare school boards into blocking access to the Good News Clubs. The After-School Satan Club promotes evolution, gender confusion, and abortion to club attendees.

Good News Clubs are for children ages 5-12 and teach morals and character development from a Christian viewpoint. In 2001, the U.S. Supreme Court ruled that Good News Clubs have a First Amendment right to meet on campus after school. Liberty Counsel represents CEF nationwide and has never lost a CEF case.