The footage, captured via mobile phone, shows young men being auctioned off like merchandise… 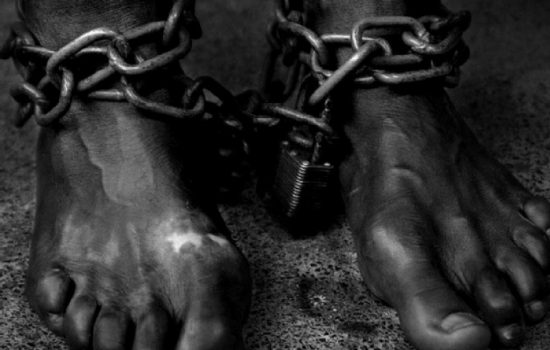 Disturbing video footage of African migrants being bought and sold in a slave auction in Libya was released last week by CNN.

The footage, captured via mobile phone, shows young men being auctioned off like merchandise. The auctioneer asks for bids from buyers, with some being sold for the equivalent of $400 and handed over to their “masters.” Every year, thousands of refugees and migrants attempting to escape warfare or poverty cross Libya’s borders, risking everything to reach safety. Due to a recent crackdown by the Libyan coast guard, many end up waiting for additional boats, making them vulnerable to smugglers. Some of these smugglers become “masters,” forcing refugees and migrants into slavery. CNN reports on a man named Victory, who was sold at a slave auction:

He made it as far as Libya, where he says he and other would-be migrants were held in grim living conditions, deprived of food, abused and mistreated by their captors.

“If you look at most of the people here, if you check your bodies, you see the marks. They are beaten, mutilated.”

“The situation is dire,” Mohammed Abdiker, the director of operation and emergencies for the International Organization for Migration, said. “Some reports are truly horrifying and the latest reports of ‘slave markets’ for migrants can be added to a long list of outrages.”

In light of the footage, the Libyan government has promised to investigate the country’s slave trade.