While his actions may have gotten him in trouble with police, Sleeper says he’s not quieting down any time soon. 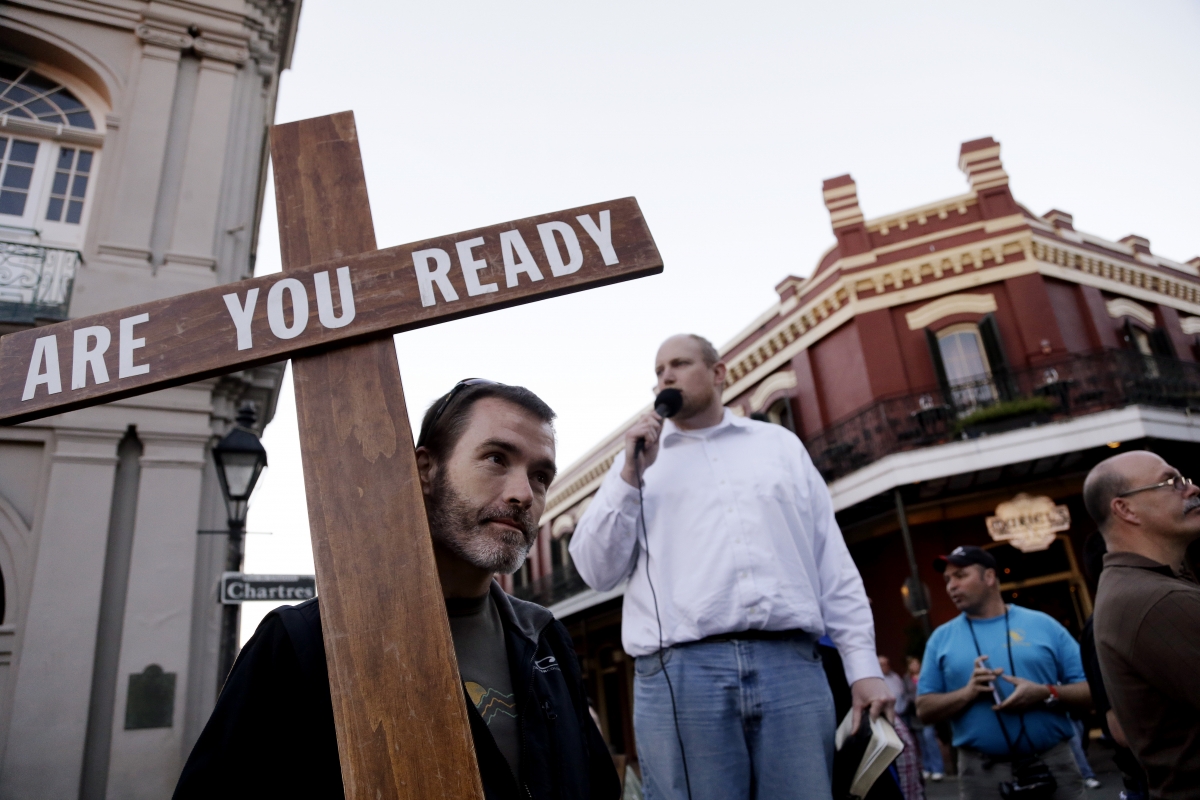 A street preacher in the UK, who was arrested for criticizing Islam, has been released from jail.

Ian Sleeper was arrested for holding up a sign in Central London that said “#Love Muslims Hate Islam Time For The Truth.” He was held for 13 hours for allegedly causing disorder.

However, after being unable to charge Sleeper with an actual crime, prosecutors let the case go.

Sleeper said his decision to hold the controversial sign came when he realized the Muslim employees at his restaurant knew very little about their religion.

“After reading the Qur’an and observing the behavior of my Muslim staff, it became clear that they were not practicing much of their religion’s teachings,” he told Christian Concern. “I found this curious, and, after chatting to them about their belief, I realized this was due to their ignorance of the Quranic verses. They simply do not know what their religion teaches.”

“Their ignorance is almost on a par with the wider public’s, where the horrors and gross gender inequalities of Islam are not apparent to most people,” he added.

That’s when he decided to publicly share his message about Islam even if it cost him his freedom.

While many people view Sleepe’s actions as hate-filled, he says that’s not the case.

“As Christians we must hate sin, spread the gospel and love God. Through my actions I aim to achieve all three,” he says.

In fact, he believes there is a strong distinction to be made between Muslims and the ideology of Islam.

“I differentiate between Muslims the people and Islam the ideology”, he said. “I love my Muslim neighbor as the Bible commands, and I am friends with all my Muslim staff. But I hate the religion’s ideology. It is not Muslims we should be attacking, it’s Islam. Islam makes Muslims victims with a tight grip that holds them captive to an evil ideology.”

While his actions may have gotten him in trouble with police, Sleeper says he’s not quieting down any time soon.

“Truth cannot be taken for granted in our modern world, and so I will be back out on the street soon,” he said. “Please pray for me and my brothers and sisters in Christ, as we all seek to expose deception and turn people to Christ.”

The Jacksonville Florida Sheriff’s Office launched a probe to determine if the message constitutes a crime.

The Jacksonville (Florida) Sheriff’s Office is investigating a racially charged flyer with a message from the Ku Klux Klan that threatens to assault Black men caught “make eyes” at White women, WTLV-TVreports.

A sheriff’s department spokesman told the news outlet that investigators are trying to determine whether the message crosses the line between free speech and a criminal threat. 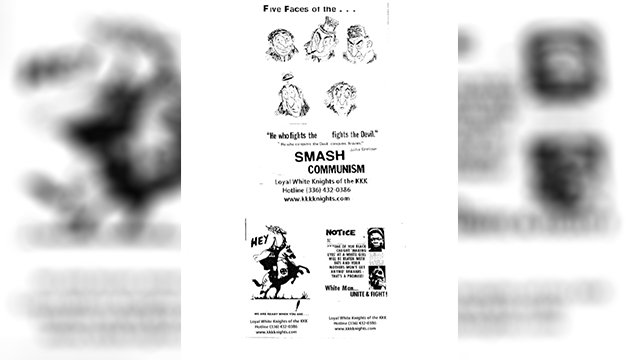 According to the NBC News affiliate, it’s not unusual for residents of certain Jacksonville neighborhoods to discover flyers from the Klan on their doorstep. But the message in this latest batch was unusually offensive.

John Rando, whose race was not identified, told the news outlet that his wife discovered the flyer outside their house and came back in shocked and crying.

“I hope that the world can just get along and peacefully work together in unity for America’s sake,” he stated.

According to WTLV-TV, the flyer also attacked Jews, saying that a “good Jew” is one with a bullet through the head.