A Catholic school principal in Louisiana resigned after being arrested early Friday morning at a strip club during a field trip to Washington, D.C., media outlets report.

A Catholic school principal in Louisiana resigned after being arrested early Friday morning at a strip club during a field trip to Washington, D.C., media outlets report.

Michael Comeau, the principal at Holy Family Catholic School in Port Allen, Louisiana, was accused of not paying his bill at Archibald’s Gentlemen’s Club, according to the Monroe News Star.

The police were called and, when they arrived, found Comeau standing in the road and refusing to move, according to The Advocate. He was arrested and charged with public intoxication and “possession of an open container of alcohol,” The Advocate reported.

All this happened while Comeau was on a school trip with 7th and 8th grade students, according to WMBF.

The students were in the hotel with other chaperones while Comeau was at the strip club, The Advocate reported.

“The Diocese of Baton Rouge confirmed [Friday] that Michael Comeau, principal at Holy Family School in Port Allen, was arrested on May 30 while on a school sponsored trip to Washington, DC. …,” the diocese said in a statement published by WMBF and the News Star. “Mr. Comeau has submitted his resignation as principal and an interim principal will be appointed.”

Comeau also worked as an officer for the Brusly Police Department, according to WMBF.
He resigned from his position with the department as well, WMBF reported. Comeau was principal at the school for five years, and the school will appoint an interim principal following his resignation, the Monroe News Star reported.

Students, parents and staff at the Trinity Christian Academy in Jacksonville, Florida, are in shock after school officials announced Thursday that a popular Bible teacher and soccer coach was fired for having an “inappropriate relationship” with a student…

Students, parents and staff at the Trinity Christian Academy in Jacksonville, Florida, are in shock after school officials announced Thursday that a popular Bible teacher and soccer coach was fired for having an “inappropriate relationship” with a student.

“On Tuesday, in keeping with legal and our own internal reporting guidelines, TCA reported an inappropriate relationship between a high school teacher and high school student to our local law enforcement,” the school confirmed in a statement to The Christian Post on Friday morning.

“In addition to the reporting, we have terminated the employment of the teacher. We are deeply saddened by this situation, because it is so far removed from the standards and values to which we hold our faculty and embrace as a school. We are committed to offering care and support for the student and all families impacted,” it ended.

While the school did not reveal any further details on the teacher, James Baltz, a former student who now works at the school told News4Jax that the fired teacher was a Bible teacher and soccer coach who was popular among students.

“When I heard about it, I was in complete, like, all in shock,” Baltz said. “It’s just completely awful that it happened in this environment, especially a Christian environment.”

Students like Baemnet Abetew, a 12th-grader, revealed that news of the teacher’s firing had rippled through the entire school community.

“It did shock me. I didn’t think anything like this would happen here,” Abetew said. “It is scary because it’s something that could have happened to me.” 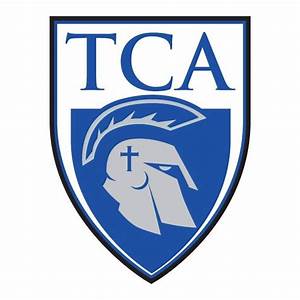 Zarek Jones, a soccer player who was coached by the fired teacher, told First Coast News that: “We thought he was cool. We’d go to his classroom and eat lunch there.”

He said he knows the female student who was involved with his coach but his teammates thought they were “just friends.”

“We thought they were just friends,” Jones said.

“I know he shouldn’t have done this,” he added. “I don’t know whether to be mad or sad, but he taught us not to do stuff like this.”

Auna Nix, a parent whose son attends the school, called the situation heartbreaking.

“It just scares me as a parent,” she said. “But I trust the school that they’re going to make the right decision.”

When contacted for comment on the case Friday, the Jacksonville Police Department could not immediately provide any details on whether a report was made.

Trinity Christian Academy was founded in 1967 under the sponsorship of Trinity Baptist Church of Jacksonville “as an educational program that would provide not only the academic, social, physical, and values training, but also the spiritual training necessary for a well-rounded education,” according to their website.

According to CP Reporter, Samuel Smith,

A Christian society in Canada has filed a lawsuit claiming it was punished by a school district for refusing to censor certain biblical references.

The lawsuit, filed by the Justice Centre for Constitutional Freedoms, claims that the Society, which has had held a master agreement with the BRSD to serve as a Christian alternative program since 2009, lost its agreement in June after it initially refused to remove 1 Corinthians 6:9-11 from a revised academy “vision and purpose” document and scrub religious teachings that could be deemed offensive.

Although the school and BRSD had instituted a five-year agreement in 2015, when Cornerstone submitted its vision and purpose document in January 2017, the school was told by division officials that they must remove the biblical passage.

“Based on the position of the Minister of Education and Alberta Education, we do not support leaving this reference in the document,” the lawsuit quotes Imogene Walsh, BRSD assistant superintendent of business, as writing in an email to the school district on Jan. 30.

The Corinthians passage states: “Neither the sexually immoral nor idolaters nor adulterers nor men who have sex with men, nor thieves nor the greedy nor drunkards nor slanderers nor swindlers will inherit the kingdom of God.”

“The Verses reflect Evangelical religious beliefs that BRSD was well aware are foundational to Cornerstone’s religious character,” the lawsuit explains. “BRSD’s request to remove the Verses was a profound interference with the religious character and religious freedoms of the Applicants, as well as the contractual agreement between the parties evidenced by the Master Agreement.”

According to lawsuit, the master agreement states that BRSD recognizes that Cornerstone is “an educational setting which operates in accordance with the religious beliefs, core values.”

The lawsuit also claims that Laurie Skori, then chair of BRSD Board of Trustees, told the school in an email in May that the concern is about “any actions, teachings or scripture that results in any student, staff member, parent or other stakeholder from being discriminated against based on any protected grounds.”

“For example, any teachings that denigrate or vilify someone’s sexual orientation, since that appears to be the focus, would not permit the school board to meet with its legal obligation,” Skori wrote.

Although Cornerstone eventually agreed to remove the verse from the document in early June, the agreement was official terminated on June 29 and will be effective in June 2018.

“BRSD was not satisfied with the removal of the Verses. Ms. Skori wrote the same day in response to require Cornerstone to make a further concession: that it would not use any Scripture that ‘could be considered inappropriate,'” the lawsuit explains.

In a statement, Justice Centre President John Carpay stated that the school district “acted out of anti-religious prejudice and ideological discrimination” and further argued that the district “lost sight of the best interests of the children.”

According to the court application, the case will be heard on April 17 at a court in Wetaskiwin. The school is seeking a stay of the school district’s decision.

“In attempting to censor the teaching of Biblical sexuality, and in attempting to prevent the Society from communication with staff and parents, BRSD breached its obligations under the Master Agreement, the School Act, the Alberta Bill of Rights and the Canadian Charter of Rights and Freedoms,” Carpay added.

In June, Skori explained that the school district was “disappointed” with how Cornerstone went public with the school’s request that offensive verses be removed, saying that the situation was turned into a “public spectacle.”

“We are now at the center of a firestorm as a result of information distributed without our knowledge, by the Cornerstone Christian School Society board and their partner in this process, the Justice Centre for Constitutional Freedoms,” Lori was quoted by CBC News as saying. “Hate mail is flowing, misinformation and fear-mongering are widespread. The Cornerstone society has compromised our reputation, risked our safety and broken our trust.”

Skori also denied that the school district was trying to restrict religious teachings.

“The board does not want to get involved in things like that. I think it’s up to the school to decide what things are appropriate or not,” Skori stated.